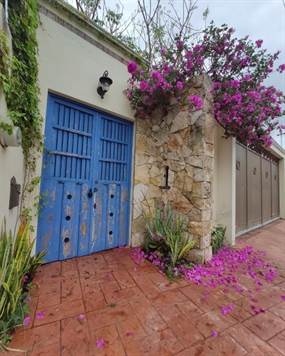 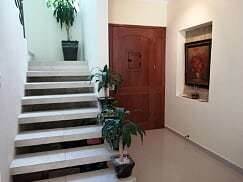 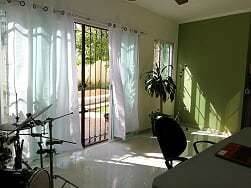 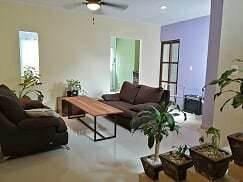 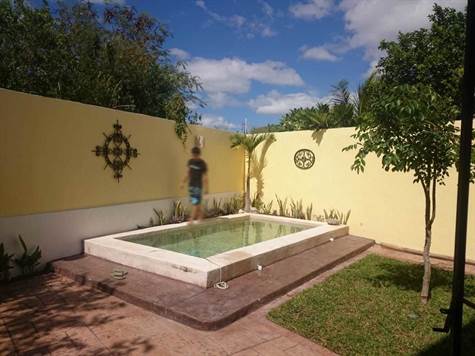 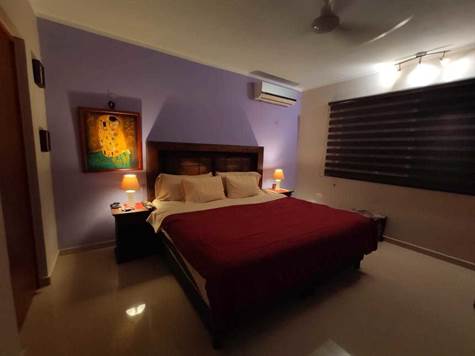 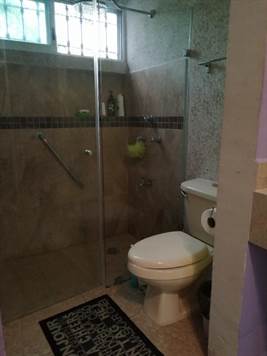 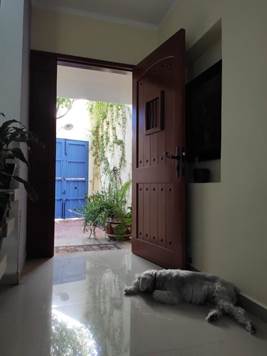 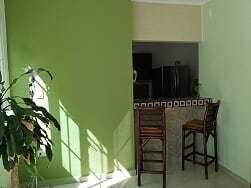 RESIDENCE DESCRIPTION
Nice and cozy charming house for sale located in the city of Merida, Yucatán a few meters from the Av.128 one of the main avenues of the west of the city, thanks to which it has direct access to several important points in the area. It is worth mentioning its excellent location within an area surrounded by stores, gas stations, convenience stores, parks and restaurants.

PROPERTY DESCRIPTION
Beautiful Casa Luis of 204.5 M2 of construction, distributed in 2 levels; in the first floor it has: Parking for two cars, mini-warehouse, living and dining room both with decorative fan, kitchen with gas facilities and breakfast bar, traditional laundry, half bath, pool and terrace. Upstairs it has: the master bedroom with a view to the terrace, air conditioning, dressing room and full bathroom; secondary bedroom with a fan and air conditioning, closet and full bathroom. The ceilings have a height of 2.70 meters which provides fresh and wide spaces in the whole house, in addition the main door of wood of Cedar, safety cameras, windows with solar filter, pool with finished chukum, are details that make it ideal to live comfortably.

MERIDA
It is located less than 50 km from the Gulf of Mexico in the northwestern part of the State of Yucatan, is the most populous city and capital of the state, is characterized by its colonial architecture, sober style, where there are buildings with high ceilings and large windows. The city's central point is Plaza de la Independencia, which has the Cathedral of Merida and the Church of the Third Order, made of white limestone, on its sides. The city was built over the Mayan city of T'Hó. It was baptized with the name of Merida by the Merida of Extremadura, in Spain, place of origin of some of the conquerors, precisely because the buildings found in the abandoned Mayan city made them remember the Roman ruins of Emérita Augusta, current Spanish Merida.

YUCATAN
It is located to the southeast of the peninsula of the same name, bordering the Gulf of Mexico to the north, to the east with the state of Quintana Roo and to the southwest with the state of Campeche. It has in its territory some of the most visited places in Mexico, essential by all means like Chichén Itzá, Mérida, the route of the cenotes, or the archaeological sites of Dzibilchaltún, Mayapán, Ek Balam (The Black Jaguar), Labná or Uxmal. The state also has notable architectural works built during the colonial era and even today, as well as various centers of recreation and entertainment.

P2#413673429
top
Information is deemed to be correct but not guaranteed.
Seller Login